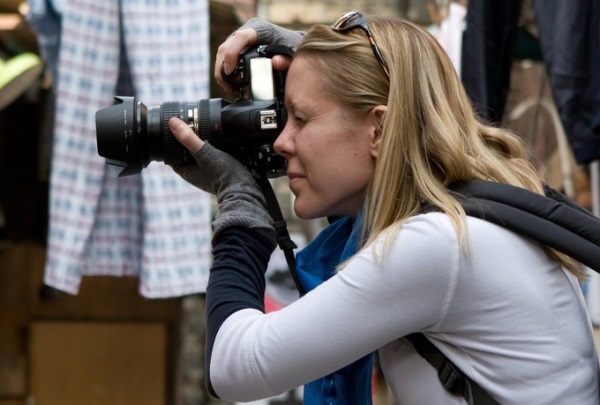 Thailand has to be one of the most photogenic places in the world. And the icing on the cake is that Thai people love having their picture taken.

Traveling with a camera around your neck enriches your travel experience. It helps you really “see” a place when you’re focusing on the details and understand a city’s character when you’re taking pictures of people going about their daily lives.

One thing I like to do when I’m traveling is give myself something to find. In Greece I challenged myself to take unique angle photographs of all their many colorful doors. In Dublin, it was to photograph all the windows above each door (rumor has it each door has a unique window so the Irish could stumble home in the dark after a night at the pub and know which door was theirs). And in Paris I like to take photos of storefronts.

In Thailand, there’s a lot to photograph from statues and temples to elephants and Thai cooking. Even a trip to the market is a photographer’s dream with fruits and vegetables you don’t typically see in the United States or most of Europe.

Nearly 95% of Thai people are Buddhist and the King is required by law to be Buddhist so there are temples everywhere. In Bangkok alone, if you could visit five temples every day, it’d take you nearly three months to see them all.

The statue head at the bottom of this photo was covered in plaster that broke into pieces and is being restored. It is huge!

The important thing to remember in Thailand is that your head should never be higher than the Buddha’s head and you should never point your feet at a Buddha statue. Gently tuck them under your body when you’re sitting in a temple.

The Textures and Textiles

Thailand is known for its teak wood and silk. And unlike other countries where silk and textile factories are set up for show while products are really manufactured in China, Thailand still makes most of its handicrafts and they’re proud of it.

Even if a Thai child goes off to college in a family of craftsman, it’s likely he or she will study something that relates to their family’s craft and return home to help them. They’ll study design, business, international sales, import/export or even other languages and use it to grow their family’s business.

It’s not like Bali where fruit is on every table but the Thai like their fruits and vegetables, too. And since they make such fabulous curries, you’ll find your opportunities to photograph Thai food everywhere.

The Thai people are probably the happiest I’ve seen.  I’m not saying scams don’t exist. They do. When you’re a tourist suddenly everyone in Thailand is a tour guide and everything you want to see is closed while they have a better idea of where to take you (usually ending in some kind of t-shirt or gem shop where they make a commission).

Still, you’ll find the Thai people warm and welcoming and quick to jump to your aid should you have any problems while you’re traveling.

This young lady lives in one of the hill tribes outside of Chiang Mai. She’s not Thai, she’s a refugee from Burma…

This year’s trip was to see and photograph the famous Yi Peng flying lantern festival where more than 10,000 paper lanterns take to the sky. It was an amazing experience and I had a hard time keeping my tripod on the ground. I just wanted to run around like a school kid photographing everything.

Still I got a few good shots and enough memories to last a lifetime.

If you’re interested in going with us next year, go here: http://www.thephotographerslife.com/thailand/hot/. 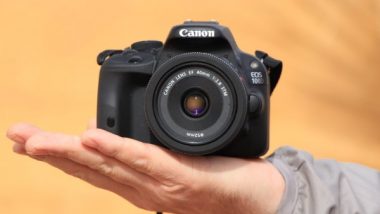 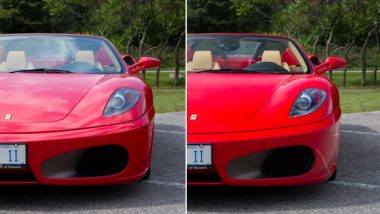 5 DSLR Accessories That Will Change Your Life