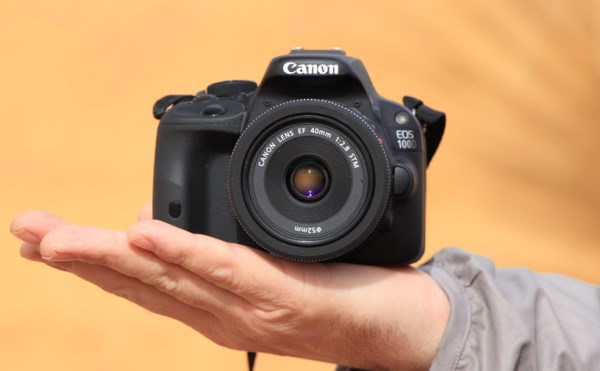 The Canon EOS 100D DSLR Camera with EF-S 18-55mm IS STM Lens is a premier DSLR camera produced by one of the top companies in camera equipment. It is the perfect camera for anyone seeking a tool that is able to take high quality photos and movies. The camera has an effective megapixel size of 18 and a 3.05x zoom to power the camera. It can be paired with either  a SD, SDHC, or SDXC card to provide ample storage for all of the photos and images you capture. The camera is also capable of capturing movies at between 25 to 60 frames-per-second.

The Canon EOS 100D DSLR Camera provides an effective 18MP of photo capturing power at 3.05x zoom. It is therefore capable of capturing images at several sizes from 720×480 pixels to 5184 x 3456 pixels. The images will be captured in either RAW or JPEG formats.

The camera is capable of capturing movies at sizes ranging between 640×480 and 1920×1280. These videos can be shot at a number of different speeds from 24 frames-per-second to a high of 60 frames-per-second. However, the high fps settings are only available for someone recording at 1280×720 pixels.

The Canon EOS 100D DSLR Camera with EF-S 18-55mm IS STM Lens has a small form factor which makes it quite handy for mobile photography. Furthermore, Canon has made sure that the size reduction has not come at the expense of usability. The EOS 100D retains all of the features and controls that Canon users have come to expect to have within easy reach.

The camera uses the Canon DIGIC V processor which makes it quite powerful. It also comes with version two of Canon’s Hybrid CMOS AF system, which was originally released in Canon Rebel T4i to much positive reception. It has a 3 inch TFT display with LCD touch screen that is fixed on the camera.

The camera has the latest focusing technology, making it capable of providing access to the full range of focus modes from manual to auto. It has one-shot focus, al servo predictive focus, and AI autofocus to assist the photographer in capturing the best shot possible.

Advantages of the camera

Paxtons digital cameras featured this camera in their blog since the small form factor of the camera makes it perfect for mobile photography. It is one of the lightest but most powerful DSLR digital cameras currently available on the market. The fixed touchscreen provides a clear viewing area to help the photographer compose the best image possible. When compared to similar offerings from other companies, the small form factor of this camera provides it with some of the best ergonomics a user can get.

The EF-S 18-55mm IS STM Lens is designed to take full advantage of the Hybrid AF system that Canon has included in the camera. They not only offer quiet autofocus and fulltime manual, but are also quite helpful when one is recording video. The STM focus motor used in the camera is extremely silent and quite fast. It will provide extremely fast response times especially when it is used together with the optical viewfinder.

Furthermore, in order to stay ahead of the game, Canon has included continuous autofocus in movie mode complete with subject tracking. When compared to similar products in the market, the ISO 100-12800 which can be increased to 25600 is quite powerful and makes the camera able to capture clearly in a number of different lighting scenarios.

The Canon EOS 100D DSLR camera provides the user with a number of useful picture effects such as fisheye, monochrome, miniature effect, toy camera, water painting, art bold, and more. These effects, when used, are sure to make the photos that have been captured stand out from the rest.

When shooting videos it is possible to set the camera to shoot at a very high frame-rate-per-second of between 50 and 60 frames per second. This effectively makes it one of the few digital cameras from manufacturers on the market that is capable of shooting slow motion video.

The Canon EOS 100D DSLR camera was introduced onto the market as the world’s smallest, lightest APS-C DSLR. Canon has delivered a product that maintains the power of a Rebel series canon but in a more ergonomic and much lighter body. This camera is definitely worth buying. 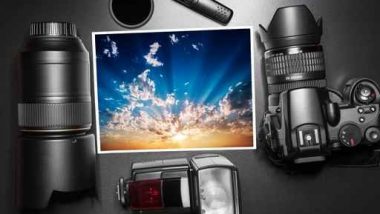 From Thousands of Models to One Choice: How to Buy the Right Camera 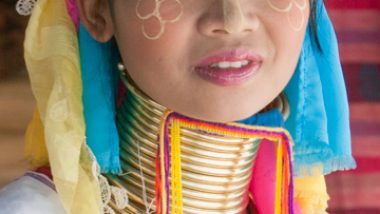 You Are The Photographer